Noise Marine – Rockin’ All Over the Worlds (of the 41st Millennium)

‘Twas the week before Christmas, when all through the warehouse, not a new kit was stirring. Except for one…

The notion of a face-melting solo is about to take on a whole new meaning! 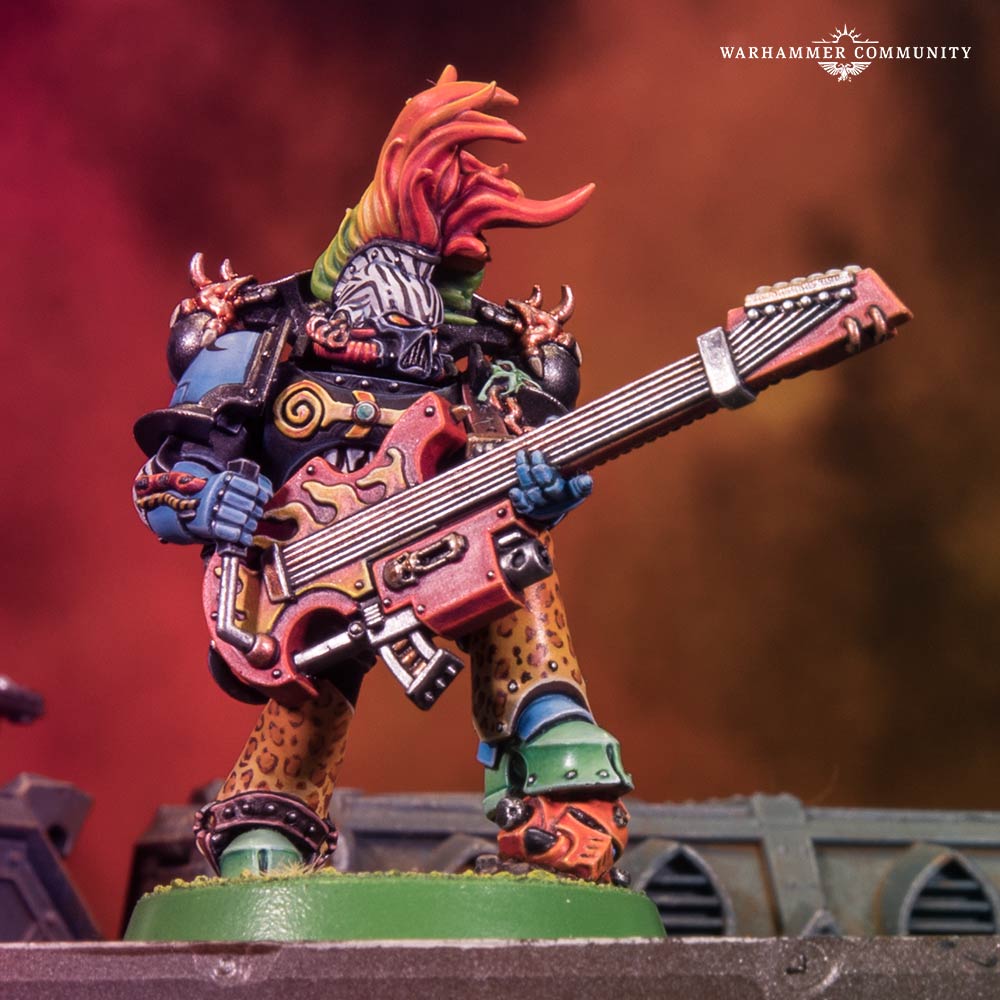 That’s right – this Noise Marine is set to hit the shelves in Warhammer and Games Workshop stores later this month, just in time to rock your holiday season. To celebrate its impending release, we caught up with the designer of the Noise Marine miniature, Maxime Corbeil, and its ’Eavy Metal painter, Chris Innes.

Maxime: “The new miniature was always intended to be a nostalgic remake of the classic Noise Marine, designed by Jes Goodwin back in the 1980s. As such, I replicated the original model’s pose and details as closely as possible, such as the Slaanesh icon on its chest and the daemonic head with a chain in its mouth on the left pauldron. Other than these iconic details, I kept large areas of the model blank so that painters would have plenty of areas to add own creative flair.

I designed the Noise Marine’s hair to appear light and flowing, to conjure the image of some sort of sonic backwave from his weapon – or maybe he’s just windmilling his hair to the cacophony he’s unleashing! 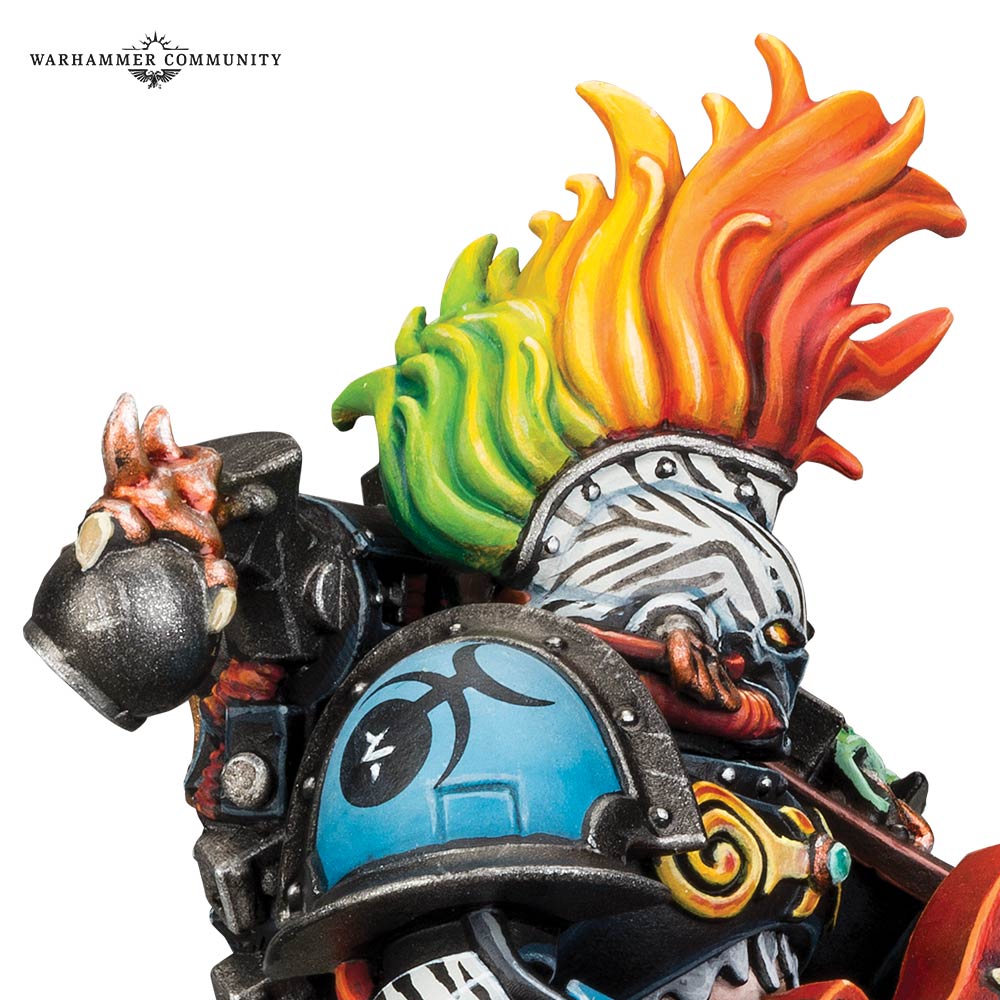 The biggest change I made compared to the original model was to mount the Noise Marine’s left leg on a helmet, channelling the image of a guitarist on stage with one foot on a speaker. I wanted the helmet to look like it had been on the receiving end of a powerful sonic blast, so I designed its earpiece to appear as if it had popped out of its mounting and with smashed eye lenses.” 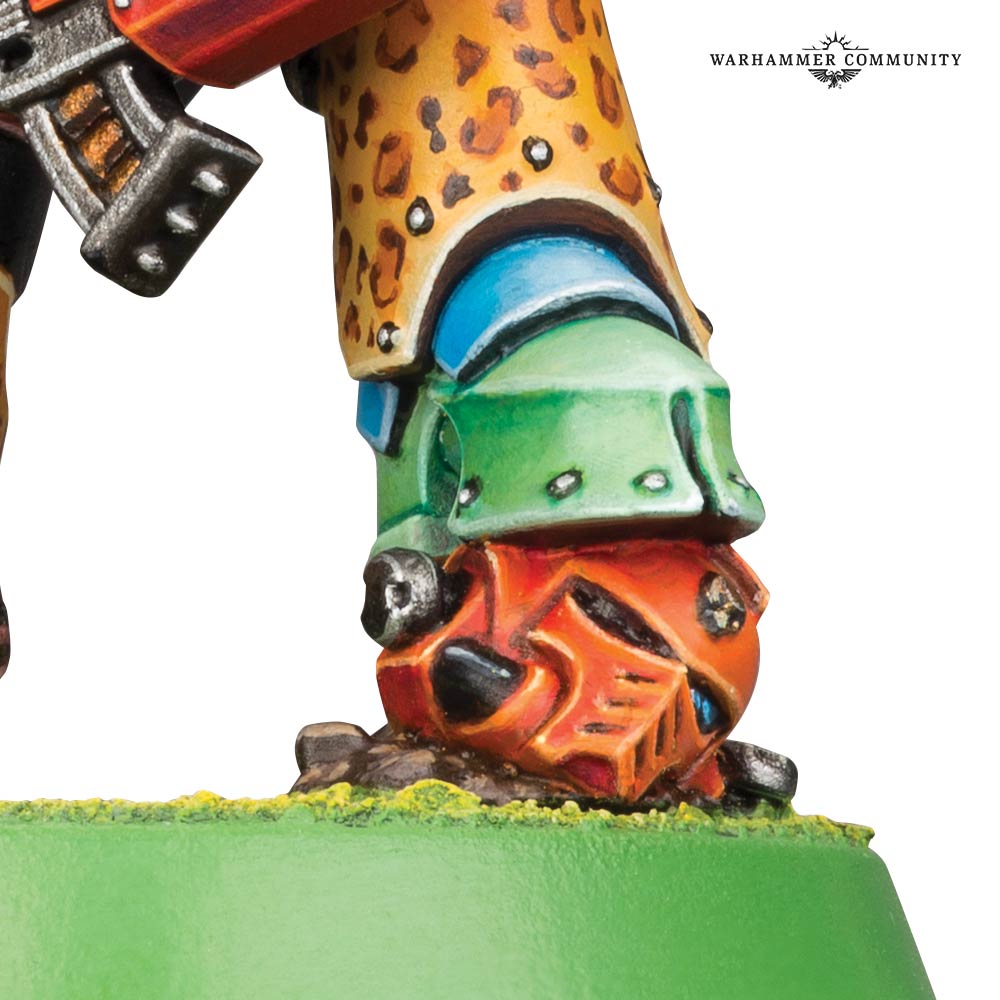 Thanks, Maxime. The Blood Angel was clearly just headbanging to the music!* Ahem, moving swiftly on…

Chris: “As with the design of the miniature, the plan was to match the colours used on the original model as accurately as possible in order to strike the right tone. This meant a rather vibrant colour palette – that was all the rage in the 80s, after all! That principle also led me to paint the Blood Angels helm underfoot in their old-school, vivid red colours of yesteryear. Duplicating the original colour scheme actually offered a number of fun challenges, such as painting the leopard print on the greaves, the colour fade on the hair and trying to mix the right shade of eggshell blue on the arms and right pauldron.

One of the little flourishes I was really happy with was that I painted the top four strings** in a phosphor bronze colour, like real guitar strings, while the bottom two*** – traditionally made from nickel – were painted in a more silvery hue.” 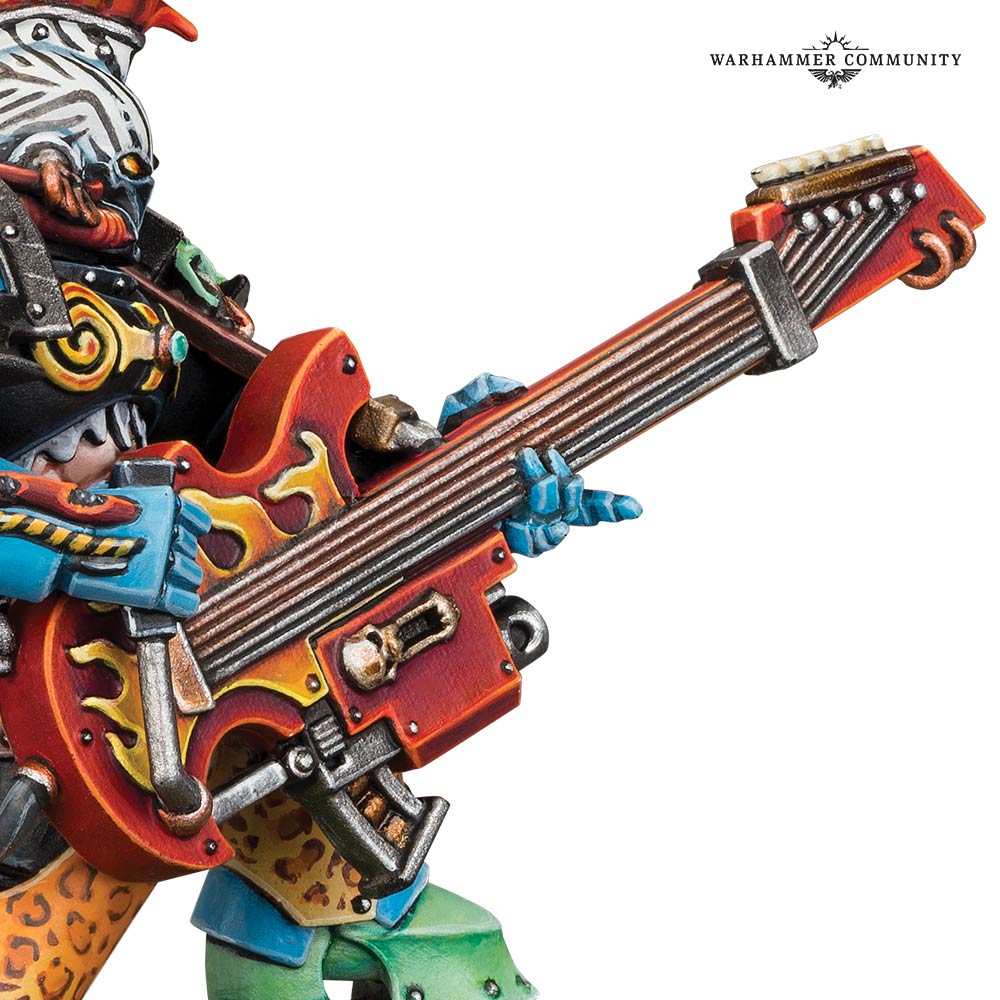 That’s some serious attention to detail, right there! Thanks for the insight, Chris. Well, you won’t have long to wait before you can unleash some terminal soundwaves on your foes with the shiny new Noise Marine – he’s landing on shelves next week, on the 22nd of December!

In the meantime, you can grab your Noise Marine Upgrade Packs and Noise Marine Sonic Weapons sets here to turn your Chaos Space Marinesinto some suitably deafening squadmates for him to lead.